Idiots that burned down the plantation

Paranormal investigators are a mixed bag, generally speaking. We come from all walks of life, sharing a passion for a complexity that cannot be proven to skeptics and which believers do not require any evidence of. The problem with being a motley crew, however, is that a few bad apples can most definitely spoil the bunch and frequently, and unfortunately, do.

First, I have run across on more than one occasion a client in distress who is reluctant to provide information either in the form of their address, phone number, or their paranormal story because they have already dealt with another paranormal group that has somehow disappointed them. One group allegedly investigated and then disappeared, never contacting the client again. We were able to find the client’s case study on the group’s webpage so I can’t say for certain who dropped the communication ball on that case. Another client alleged that a group got her address but never showed up. However, three days later she found holes all over yard. Why she linked that group with that act of trespass and vandalism is beyond me, regardless, it left a bad taste in her mouth and it was difficult to pull information from her.

Some of you may have heard about the paranormal group who burned down a historic plantation because they were not receiving evidence of the paranormal. For the record, I find it hard to believe they were a paranormal group or that they were investigating. First, most of us don’t trespass let alone break and enter. We ask permission for everything- permission to investigate, permission to record, permission to speak with the dead. Second, I would hope beyond all hope that getting drunk and high is never on your agenda during an investigation. What you do on your own time in your own home is your business but when you’re out in someone else’s property on their time, try to remain professional or at the very least sober and clear-headed. Furthermore, the, ahem, group became frustrated at the lack of evidence and therefore decided to intentionally burn it down. True paranormal groups do not get frustrated at lack of evidence. First, we know that even the best of haunted locations do not act on cue; it can take hours to get any evidence if any at all. Second, we also know that some evidence is not found in current time, oftentimes we find evidence after reviewing tapes for hours and hours over the next few days (sometimes weeks). Third, any time someone gets aggravated, the next step is likely a break or provocation (discussed in another column). Never would arson (or any other form of property damage) come to my mind. I hope it would not to yours, either.

Part of the problem is that not everyone has a personal code of conduct, some have no experience as a professional, and there are no uniform rules across the board for investigators. In sum, it’s the Wild West out here. Some of us are Wyatt Earp, trying to keep the paranormal society as a whole from collapsing into utter chaos and cleaning up after Butch and The Sundance Kid ride off into the sunset with evidence, never to be heard from again.

So what is the solution? It is unrealistic to create a uniform code of conduct when every client, every case, every haunting is unique. Should we expect a basic level of professionalism? Of course, but how do we enforce such a code? There’s no paranormal police, no ghost jail or fines. We must rely on each other. 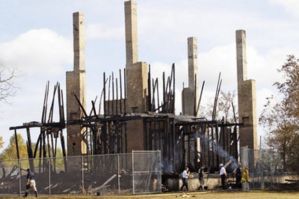 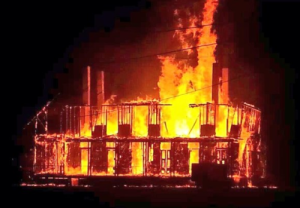 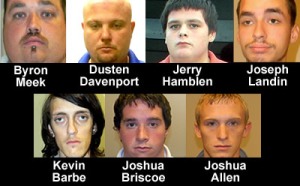